Personal Reflections from The Chronicles of Belteshazzar: Auntie Dr. Sarah 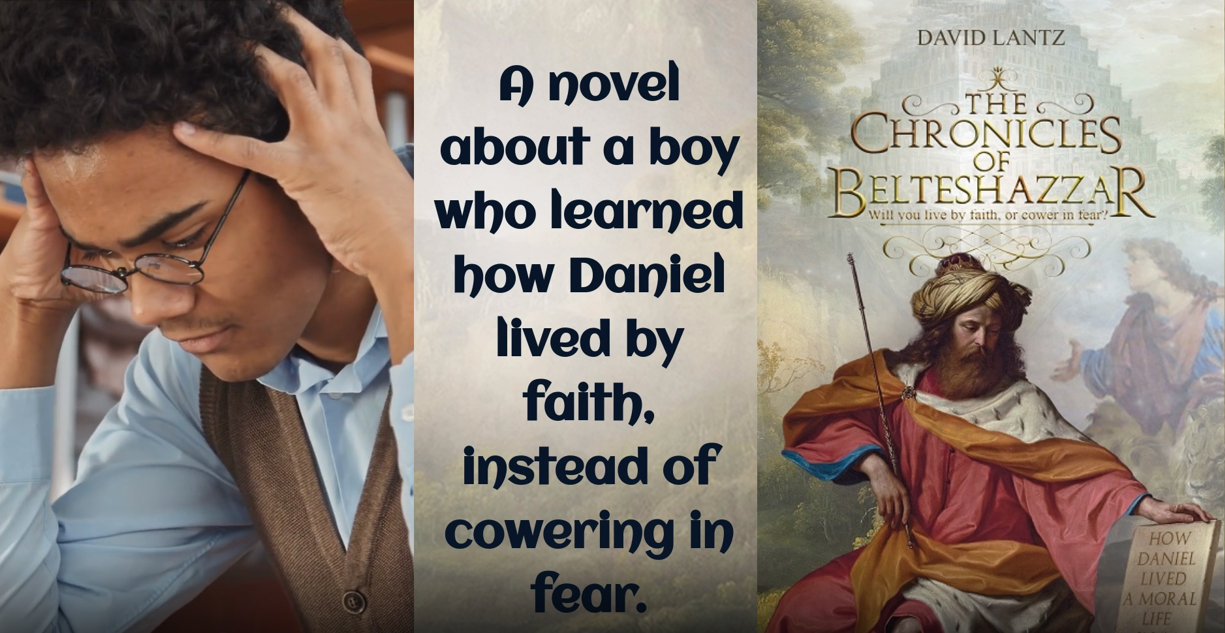 Personal Reflections from The Chronicles of Belteshazzar: Auntie Dr. Sarah

Treating the whole person is a principle “Auntie Dr. Sarah” always remembered. Click to read on.

The Chronicles of Belteshazzar

In Chapter One of The Chronicles of Belteshazzar, Isaiah has his bible taken from him by another student at school.  This leads to a conversation about school prayer with Auntie Dr. Sarah, and a similar problem that confronted the Prophet Daniel.  She suggests that Isaiah and his siblings ask Grandpa to tell them a story about why Daniel was thrown into the Lions’ Den when they next go to visit their grandparents.

In this first blog post for The Chronicles of Belteshazzar, I want to engage the reader in a series of personal reflections.  As a grandfather, I want to connect the truth of God’s word with my grandchildren.  I hope that as you read this blog series, you’ll want to do the same with the young people in your life.  If you click the video link I’ve provided, it will play my reading of Chapter 1, Auntie Dr. Sarah.  My purpose in writing the blog is to provide some “behind the scenes” personal reflections that I hope you’ll find helpful in sharing your own stories of God’s faithfulness with your children or grandchildren.

The story of The Chronicles of Belteshazzar is that of the Prophet Daniel, whom the Bible introduces as a teenage boy who attempts to live a moral, Godly life in a pagan land.  My novel begins and ends with the children having a conversation with their aunt.  For me, the author, this is of particular relevance – the reason for which I will explain at the conclusion of this chapter.

The story begins in the present day, when Isaiah has his bible taken from him by a girl at school while he is reading it during lunch.  As he chases after her, she decides to fling the bible into some bushes and shouts “Separation of Church and State.”  Now, as an adult, you and I likely have some cultural and historic knowledge of the phrase, how it originated, and its contextual meaning.  But Isaiah is twelve years old, and he’s afraid that he has done something wrong.  What is it that he did?  His Aunt mentions how Isaiah’s grandfather used to tell a story about Daniel in the Lions’ Den, and how Daniel’s only crime was that he prayed to God – and that was against the law.  By connecting the story of Daniel in the Lions’ Den to the issue of the girl taking Isaiah’s bible, the premise of all that follows is laid:  What did Daniel do that was so wrong – and am I guilty of doing something bad by reading my bible at school?

An important aspect to me in writing this chapter was to keep the memory of my daughter Sarah alive for my own grandchildren.  Sarah decided that she would become a missionary surgeon at the age of 16.  When she was seventeen in 1998, a movie by the name of Patch Adams came out.  Starring Robin Williams, the movie was the story of a real-life doctor by the name of Henry Adams, known as Patch. 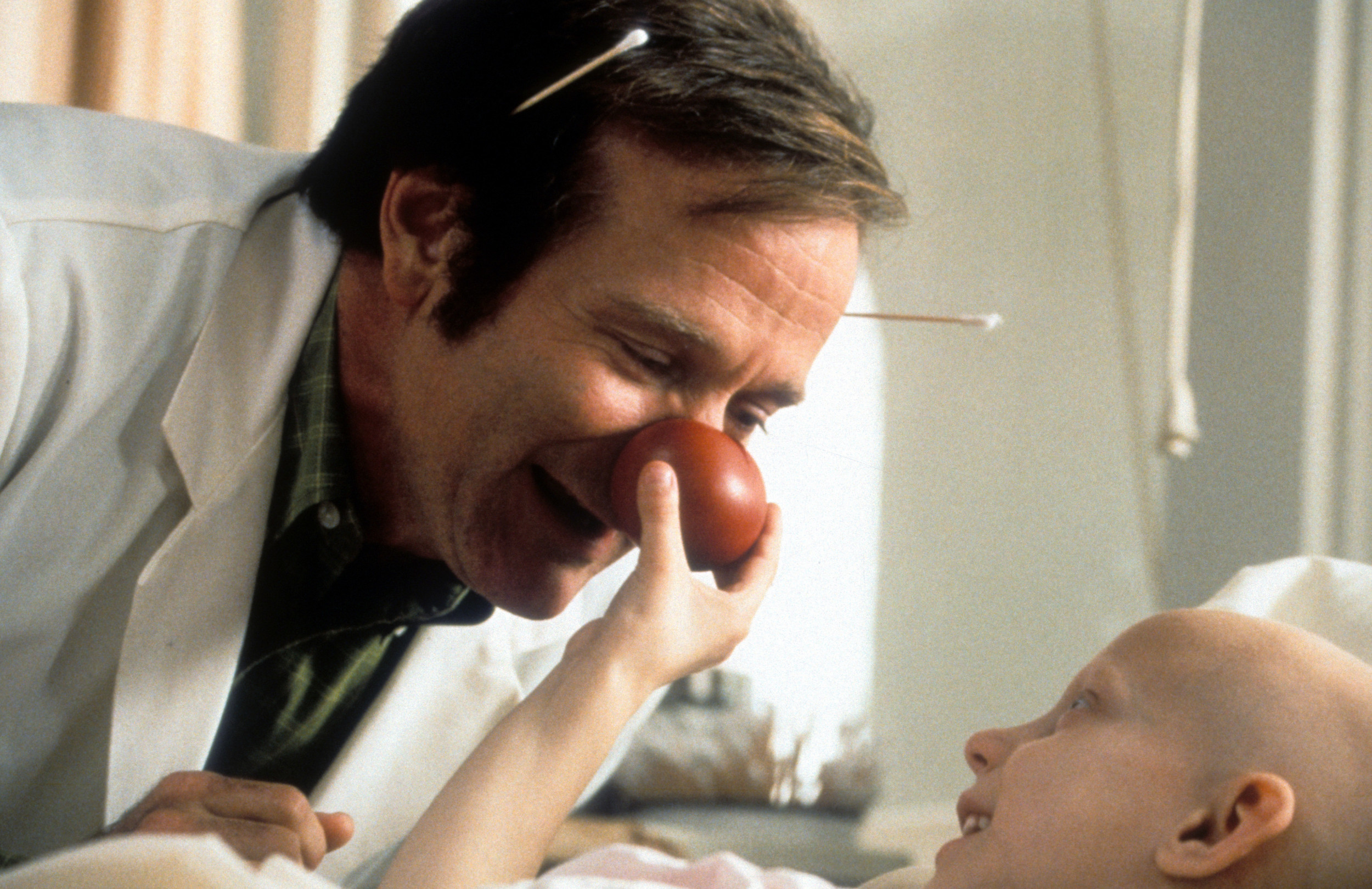 Conversations with the Culture - Patch Adams

While attending Medical School, Patch Adams rebelled against the impassionate clinical aspect of the way the doctors treated patients.  He promised himself that he would work on treating the whole person, using humor to make people laugh and take their minds off the severity of their personal medical conditions.

One of the things my daughter Sarah got from watching that movie was the idea that it was very important for a doctor to develop excellent patient – doctor relationships.  And so, while she worked very hard at her studies, graduating Magna Cum Laude in Biology as an undergraduate student at Anderson University, the memory of the movie stuck with her when she went to Indiana University Medical School.  Sarah told me that, of course, she was going to work hard to learn everything that the professors had to teach her in medical school, but she didn’t want to fall into the trap which ensnared so many of her peers.

She was determined to not get overly consumed with her grade point average and her standing in class rank.  Rather, she would cultivate that kind of personality that she saw demonstrated by Robin Williams, as he played Patch Adams in treating the whole patient.  There is an important scene from that movie where Robin Williams as Patch Adams is with a bunch of children in a cancer ward.  During that scene, he makes this profound statement:

“You treat a disease, you win, you lose. You treat a person, I guarantee you, you’ll win, no matter what the outcome. Our job is improving the quality of life, not just delaying death.”

Treating the whole person is a principle my daughter always remembered as she studied to become a missionary surgeon throughout medical school, residency, and practicing medicine in Zambia before succumbing to breast cancer in January of 2016.  Just 34 years old when she passed, she not only learned to be a doctor who treated the whole person.  She learned to be a servant of Jesus Christ who sought to bring out the best in everyone she met.

This brings me to a discussion question you might wish to have with your kids or grandkids, or the next time you’re at the dinner table and you’re having a discussion about those big questions in life.  Here’s the “Question for Reflection”:

When you treat a person, you’re not just “patching up” cuts, bruises and bumps.  You’re also helping to heal a broken heart or a troubled soul.  How does spending time with those you love help to treat and heal the “whole person”? 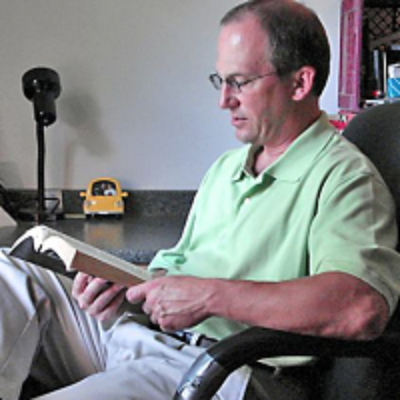 Written by David Lantz. Please consider sharing this post with others.

more from our blog 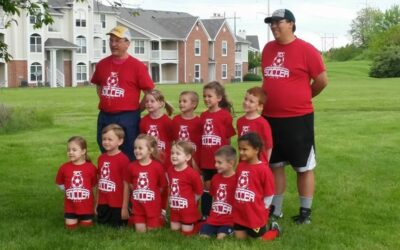 Personal Reflections from the Chronicles of Belteshazzar: The Story Begins

Thinking back on those years when I was a young father, they were not the best times for my own career.  In the movie, Meet the Robinsons, we see that a way to deal with failure is to keep moving forward.Sharing ideas and helping children learn can be a fun thing to... 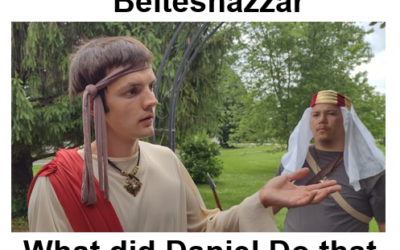 Personal Reflections from the Chronicles of Belteshazzar: When Praying Was Illegal

Now when Daniel learned that the document was signed, he entered his house and he continued kneeling on his knees three times a day, praying and offering praise before his God, just as he had been doing previously. Daniel 6:10In Chapter Two of The Chronicles of...

Personal Reflections from the Chronicles of Belteshazzar: The Story Begins

Thinking back on those years when I was a young father, they were not the best times for my own career.  In the movie, Meet the Robinsons, we see that a way to deal with failure is to keep moving forward.Sharing ideas and helping children learn can be a fun thing to...

Personal Reflections from the Chronicles of Belteshazzar: When Praying Was Illegal

Now when Daniel learned that the document was signed, he entered his house and he continued kneeling on his knees three times a day, praying and offering praise before his God, just as he had been doing previously. Daniel 6:10In Chapter Two of The Chronicles of...