Is America Becoming “The People for the Babylonian Way?”

What images and thoughts do you associate with the word “Babylon?” For many, the name conjures images of idolatry, evil, and authoritarianism. It is the absence of personal freedom and the presence of a dictator’s rule of absolute authority. That is the world Daniel, whose name the Babylonians changed to Belteshazzar, was forced to live in. To survive, he had to live by faith, not cower in fear as they expected Daniel to do. Today, a deep state of unelected elites seek to transform the “People for the American Way” into the “People for the Babylonian Way.” In this post, I’d like to give you some insights into how I came to think in these terms, and how my experiences guided me in writing The Chronicles of Belteshazzar for youth roughly ages 10 & up.

Weaving My Story of Faith into the Novel

Recently, a friend who is reading my novel asked me this question: “So, David, what’s your story, and how did it lead you to write this book?”  Her question, and my brief reply, spurred me to write a more detailed response 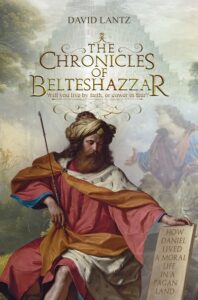 that I want to share here.  If you were born after 1958 and attended public school, you probably never had anyone come and tell bible stories in your elementary classes.  When I was in first and second grade, a lady came to the public school I attended to teach a bible lesson.  When the school year for third grade started, she stopped coming.  As an adult, I learned that the reason was that the Supreme Court had outlawed “prayer in school” in a case known as Engel vs. Vitale.  (More accurately, they forbade government sponsored prayer).  I still have vague memories of the lessons she taught, as well as bible verses she had us memorize. A few years later, in fifth grade, some men came to my elementary school and gave us Gideon Bibles (this practice was ended in 1993 in a Federal Appeals case involving the Rensselaer, Indiana school corporation).  My Gideon bible sat in a dresser drawer for several years until I pulled it out one day while attending 8th grade and took it with me to school.  A girl grabbed it out of my hands while I was reading it outside during lunch.  I chased after her until she threw it in some bushes, shouting “separation of church and state.” It is this true story of a girl grabbing my Bible that forms the “triggering event” for a boy named Isaiah Pierce in my novel.

When my children were about nursery school age, I would teach them bible stories by having them act out the various characters in the story.  One of my favorite stories was when Daniel was thrown into the Lions’ Den because the Babylonians had made it a crime to pray to God.   I transfer this experience of teaching my own children about God to the introduction of my character, Isaiah, as he asks his Auntie Dr. Sarah if he had been doing something wrong.  She tells him that the prophet Daniel had been thrown in prison for breaking the law and praying to God, and that grandpa had used that story to teach her and Isaiah’s father that one should always pray, even if someone said it was against the law.

While my own children were in middle school, this issue of praying in public schools came back into the news.  I was the State Director of the Indiana Christian Coalition from 1992 to 1995.  In March of 1993, the Indiana Civil Liberties Union sent a letter to all school corporations in the state threatening them with legal action if any student were to pray during their valedictorian speech.  Given their success in stopping the Gideons from passing out bibles in school that same year, they were pressing what they thought was an advantage.  Jay Sekulow of the American Center for Law and Justice sent a response to those same school corporations later that same month in defense of the students’ right to pray.  At least one high school valedictorian in Indiana sneezed during his speech, to which the entire student body responded by saying “God bless you.”  And so, the battle over the freedom to exercise one’s religion under the First Amendment was engaged.

Later that same year, I was part of a 6-person discussion panel related to the whole issue of prayer in school, with three people on each side. The debate took place in Bloomington, Indiana, home of Indiana University.  When I arrived at the auditorium where the debate was to take place, I saw a poster advertising the event.  It was at this point I realized that the forum was being promoted as a debate between me, as the head of the Indiana Christian Coalition, and the ICLU lawyer who had written the letter threatening Indiana school corporations earlier that year! As I took the stage to deliver my prepared remarks, I referred to Daniel 6:24 to draw an analogy to a group founded by liberal TV producer Norman Lear called People for the American Way.  I connected the story of Daniel to their efforts to remove Christianity from public schools by referring to my ICLU counterpart as the spokesperson for the “People for the Babylonian Way.”  Here is what Daniel 6:24 says:

“At the king’s command, the men who had falsely accused Daniel were brought in and thrown into the lions’ den, along with their wives and children. And before they reached the floor of the den, the lions overpowered them and crushed all their bones.”

In writing my novel, I spent time looking into the historical fact that some sort of rebellion did indeed take place against Nebuchadnezzar sometime between the years 597 and 592 B.C. Just as the Babylonian “deep state” challenged Nebuchadnezzar and also conspired to destroy Daniel and silence any discussion of God, I took the story of what happened to Daniel’s enemies to draw this analogy:  That we in America would suffer a similar fate by removing God from our culture, as our families and children would find themselves thrown into the equivalent of a modern Lions’ Den of drug addiction, crime, violence, and even the criminalization of different political opinions in order to shut people up.

Christianity was once the cultural basis of America, but is now being attacked as counter cultural by Millennials and Gen Zs.  In some respects, we cannot blame them for we, their parents and grandparents, raised them!  I have had students in my classes I teach as an adjunct college instructor tell me that they see “Christian” parents as acting “unchristian.”  They see American Christianity as judgmental, demanding their “rights” while being closed minded and uncaring of other people’s needs.  There has even been a book written on this topic by David Kinnaman and Gabe Lyons titled Unchristian: What A New Generation Really Thinks About Christianity – And Why It Matters.

In The Chronicles of Belteshazzar, I want to use the story of Daniel to introduce youth to what it is truly like to be a Christ Follower. I dig into the scripture to create a narrative that shows how Daniel sought to create win / win scenarios so that all parties benefited.  As just one example, I create a scene in the novel where Daniel comes to the aid of a man from Ashkelon who is being beaten by another Hebrew.  This causes the Captain of the Babylonian Guard, as well as the Queen of Ashkelon, to take note of how different Daniel is from anyone else they’ve ever met.  As the old camp song says: “They Will Know We Are Christians by Our Love.”

If we as Christ followers fail to make the love of Jesus the center piece in our life styles, the People for the Babylonian Way will succeed in dragging the culture into the gapping chasm the metaphorical Lions’ Den our society now faces. 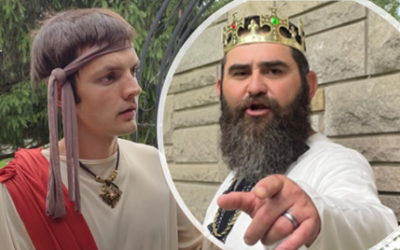 Personal Reflections from The Chronicles of Belteshazzar: Exile to Babylon

In Chapter 5, I explore the relationships that both Daniel and Nebuchadnezzar may have had with their fathers. I’ll use this discussion to consider the kind of relationship we have or (or had) with our earthly fathers.

How has God forced you to get out of your comfort zone? Perhaps through corporate downsizing that required you to learn new skills? I believe God designs circumstances that change our attitudes about things. These changed attitudes then guide the actions we take in response to our new circumstances. If we follow His leading, He will prepare us for our mission from God. 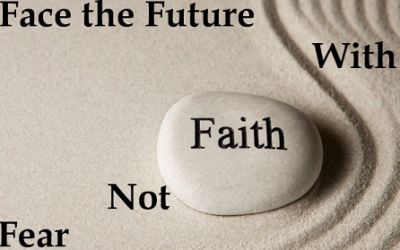 Face the Future with Faith, Not Fear

Stepping out in faith to take ownership of my work exposed me to new opportunities. To be honest, while I never made much money with my newsletter, it in turn led to still other opportunities. From that experience, I learned to face the future with faith, not fear.