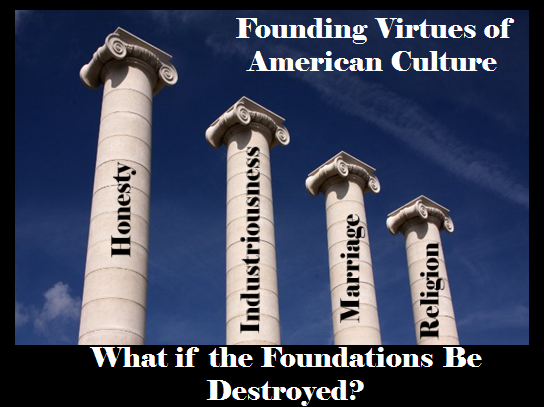 In his book, Coming Apart, researcher Charles Murray identifies what he calls The Four Founding Virtues of American culture – industriousness, honesty, marriage, and religion.  In this post, I would like to examine how a concerted effort led by liberal/progressive academics and their political allies among the elite ruling class of the 1920s and 30s worked to unravel these founding virtues.

When George Washington was sworn in as President of the United States, he gave an Inagural Address in which he reflected on how the hand of God had sustained the new country of America in its initial beginnings.  Washington said this:

Since we ought to be no less persuaded that the propitious smiles of Heaven, can never be expected on a nation that disregards the eternal rules of order and right, which Heaven itself has ordained: … I behold the surest pledges … that the foundations of our National policy will be laid in the pure and immutable principles of private morality (Emphasis Added).

How would the young country promote Washington’s concept of private morality?  In 1836, William McGuffey published the McGuffey Eclectic Reader. It was the nation’s first common textbook, and sold over 120 million copies. John Westerhoff III, in his book McGuffey and His Readers, wrote:

For over a century, the public schools of the United States used the McGuffey Reader to instill the “private morality” Washington had called for during his first inaugural address.  But beginning in the 1920s, a movement arose to remove free market economics and Christianity from what was taught to our young people.  In 1934, Willard E. Givens issued this statement in a report titled Education for the New America during the Proceedings of the 72nd Annual Meeting of the National Education Association:

A dying laissez-faire must be completely destroyed and all of us, including the owners, must be subjected to a large amount of social control.  A large section of our discussion group, accepting the conclusions of distinguished students, maintain that in our fragile, interdependent society, the credit agencies, the basic industries, and utilities cannot be centrally planned andoperated under private ownership.  … Hence, they will join in creating a swift nationwide campaign of adult education which will support President Roosevelt in taking these over and operating them at full capacity as a unified national system in the interests of all of the people.

Another participant in this movement was Norman Woelfel, a PhD candidate who studied under Dr. George Counts (part of a national commission to redesign the teaching of social studies in the US) and Dr. John Dewey.  In his1934 book, Molders of the American Mind, Woelfel concluded (1933, pages 205 and 229):

The things of highest value for individual experience and for ethical standards in modern America will not, however, be found out so long as intellectual leaders maintain sensitivity over the supernatural significance of Christian mythology or a sentimental personal attachment to the character of Jesus. (Emphasis added).

What were the things of higher value that Woelfel believed that Christianity was standing in the way of accomplishing?  At the end of Molders of the American Mind, Professor of Education Norman Woelfel recommended 22 specific objectives of higher education.  Recommendations 15 and 16 read as follows (1933, page 243):

As time went by, the goals of the progressives articulated by Professor Woelfel continued to grow and gain strength.  In Volume I of the December, 1947 Report of the President’s Commission on Higher Education, we read the following:

In speed of transportation and communication and in economic interdependence, the nations of the globe are
already one world; the task is to secure recognition and acceptance of this oneness in the thinking of the people as that the concept of one world may be realized psychologically, socially and in good time politically.  It is this task in particular that challenges our scholars and teachers to lead the way toward a new way of thinking.”

In order to instill an internationalist bent in the nation’s schools, nationalization of local education was required.  And, to accomplish this, the Progressives had to remove Christianity from the educational process.  Efforts to substitute alternative methods of character education, using such works as Joseph Fletcher’s 1966 book, Situational Ethics, were tried.  Fletcher developed a theory of deciding what was right or wrong in a given situation based on four key principles:  Pragmatism, Relativism, Positivism and Personalism.  The schools, infused with federal money created by the Elementary and Secondary Education Act of 1965, rushed to implement the new curriculum.

But Fletcher’s program of Situational Ethics clouded rather than clarified moral thinking.  The resulting decline in the critical thinking capabilities of American students was captured by Allan Bloom in his 1987 book titled:  The Closing of the American Mind.  Bloom argued that the new model of “value relativism” Fletcher helped create allowed students to excuse themselves of that which their parents and grandparents once called sin (p. 142).

Applying this understanding of the impact of value relativism on the educational system, Bloom explained as follows (1987, p.34):

The upshot of all this for the education of young Americans is that they know much less about American history and those who were held to be its heroes. … relativism has extinguished the real motive of education, the search for a good life.  Young Americans have less and less knowledge of and interest in foreign places.  [This] openness results in American conformism – out there in the rest of the world is a drab diversity that teaches only that values are relative, whereas here we can create all the life-styles we want.  Our openness means we do not need others.  Thus what is advertised as a great opening is a great closing.  (emphasis added).

Designed to create a more educated and eqalitarian society, the reforms of the Progressives had the opposite effect.  Their policies, along with their campaign to removed Christianity from the lives of ordinary Americans, are the cause of plummeting test scores and diminished critical thinking skills.  Bloom saw this clearly.  He wrote (1987, 9. 51):

Today’s select students know so much less, are so much more cut off from the tradition, are so much slacker intellectually, that they make their predecessors look like prodigies of culture.  The soil is ever thinner, and I doubt whether it can now sustain the taller growths. 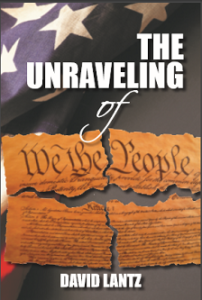 The Four Virtues Murray describes assume that Americans have the ability to assign moral values on different life style choices.  It assumes that people have an understanding of why honesty, marriage, religious faith and industriousness are, indeed, more virtuous than competing values.  Without this foundation of being able to discern right from wrong, good from evil, the four virtues topple over.  Even still, one last factor has contributed to the erosion of these four virtues.  In reality, it fits nicely with the internationalist intentions of the Progressive movement.  In a future post, I will explore how we have moved away from a “melting pot” view of diversity to a “salad bowl” understanding of this topic.

Click here to order The Unraveling of We the People 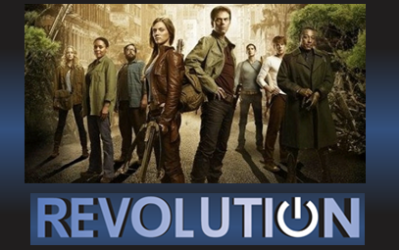 In the 1830s and 1840s, the author Nathaniel Hawthorne published a series of short stories titled Twice Told Tales. One of those short stories was called The Gray Champion. I first became aware of this short story in a book titled Generations: The History of America’s... 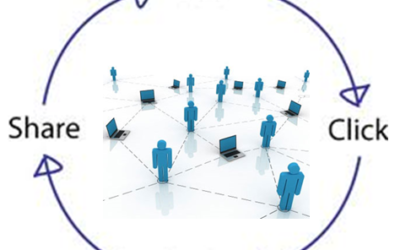 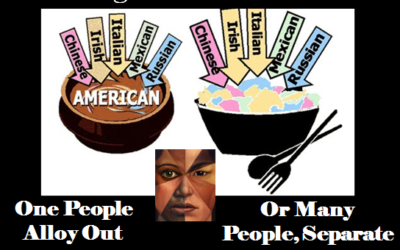